Nowadays Science Centers offer a fascinating bouquet of exhibits to their visitors. They provide hands on learning experiences, delivering natural ways of active playful learning. Therefore, special exhibits are built, which usually demand extraordinary venues with proper spaces and elaborate maintenance. The exhibits are often fairly complex and due to their prototypical character relatively expensive. Augmented Reality can add a whole new set of flexibility and possibilities to such installations, as indicated within the projects CONNECT and EXPLOAR.

Taking those possibilities to extreme, exhibits can be created for take away to deliver Science Center experiences at hand. The first prototype was a miniaturization of an airfoil exhibit. A small model of a wing was augmented through a virtual air stream and arrows indicating forces. First tests and presentations lead to very positive feedback and indicated high potential for such a system. The idea arose to develop a suitcase holding a whole set of miniature AR-learning exhibits – a true "Science Center To Go". The suitcase should be designed to mainly support pupils at school and meet the school curriculum.

Meanwhile multiple suitcases have been conceptualized, designed, and created. They are currently traveling all over Europe and being evaluated at schools in various countries, such as Finland, Greece, Romania, Spain, Sweden, or the UK. The exhibits are presented and discussed at training session with teachers. The suitcase is also evaluated with teachers using the suitcase in the real learning environment of the classroom. The target group ranges from fourth to twelfth graders. Although the Science Center To Go suitcase is primarily designed to meet the school curriculum, it is also meant to be used at home at own leisure. The exhibits and software may be used with a normal personal computer; no special hardware is required to run the system.

The suitcase is being developed iteratively. Based on initial feedback and first evaluations, we already developed and implemented the second and third version of the suitcase. Hereby we are working closely together with our pedagogical project partners.

The suitcase with 5 exhibits.

This exhibit consists of a model of a wing. The wing is mounted on an axle to change its angle of attack. A small sized USB powered fan generates an air stream. The air stream is visualized in the Augmented Reality view. Forces of lift and drag are indicated through arrows at the wing model. The virtual content of the augmented view is instantly adapted for new angles of attack. Learners might change the airstream by changing the position of the fan as well as try out differently shaped wing models. This allows to test own hypothesis and experience the Bernoulli Effect first hand. We believe that information visualized in Augmented Reality increases the acceptance of otherwise more abstract content.

The Double Cone experiment deals with conical objects rolling down a slope created through rails. The rails are loosely connected on one side and sitting on ramps on the other side. Users may change the slope or opening angle of the rails. Moreover, four different types of rollers are available to play with – three of them are double cones and one is a cylinder.

While the rollers might be expected to roll downwards, the objects sometimes seem to roll up the hill, depending on the opening angle, slope, or roller object. A mathematical model helps predicting this behavior. The according formulas are displayed in the augmented view while parametric values are adapted in real time. The formula is color coded to show correspondences between the real exhibit and the formula’s parameters. This way the formula becomes tangible and loses its abstractness.

The Doppler Effect exhibit allows users to move a sound source relative to a listener. The sound source is represented by a fire truck and its sound is captured by a virtual microphone. The user hears that the microphone input is resulting in a change of pitch when either of the objects is moved. This miniaturized setup allows the simulation of the Doppler Effect, since small movements already have a remarkable effect due to the reduced scale. Additionally visualized sound wave fronts should further improve the understanding of wave propagation of relatively moving objects.

Learners are invited to test the double slit with a virtual cannon shooting big particles or electrons at a slit. The cannon might also be replaced by a source emitting waves with a certain frequency. In particle mode a virtual cannon fires virtual little "cannon balls" at the slit screen. After numerous balls a pattern analogous to a slit appears at the projection plane. One might be surprised about the result waves or electrons produce with the same setup. In such cases the projection plane at the box shows an interference pattern. The learners are able to observe the experiment from different angles and change the distance of the screens, slits, as well as switch between different modes.

The Boltzmann Experiment contains of a USB powered freezer, a thermometer, and a USB powered heating surface. Learners are able to feel and measure the temperature at different areas of their setup. Additionally, molecule movement is visualized at the top of the thermometer. On the AR screen users might observe that molecules in areas of a high energy, near the heating surface, move faster than molecules around areas of low energy, e.g. inside the refrigerator. 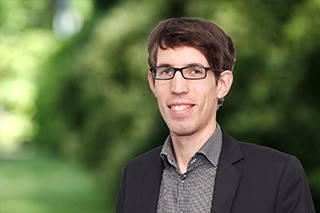