Mr. Newman puts his feet up, starts his tablet's News app and browses the latest news of February 3, 2030. The leading article discusses the "bookworm revolution" and its alleged relation to autonomous cars. For a moment, Mr. Newman smiles. He, too, has been finding the time to read only in the last few years. He puts the tablet down on the passenger seat and turns around to pick up his breakfast from the back seat. A quick glance in the rear view mirror tells him that some more cars have joined the convoy. Though it is quite normal now to utilize the swarm intelligence of autonomous vehicles cruising along on a highway, Mr. Newman is still marveling at it. And he does not just enjoy the relaxed ride, but is also pleased with the environmental and economic benefits...

Visions like the one above have been guiding R&D efforts for some time. In a convoy, vehicles that communicate and cooperate to safely exploit the slipstream of the one before them save energy. Acting as a "swarm", they can react to critical traffic conditions in a coordinated, timely fashion. Thus, roads are better utilized and traffic jams are minimized.

One important question is, however, how long it will take to develop a perfectly functioning system that consists of many individual intelligent systems. Many real-world cyber-physical systems consist of large numbers – in the hundreds or even thousands – of autonomous participants that, as a whole, can be regarded as a swarm. To coordinate and optimize the behavior of such a swarm is a significant R&D challenge today, as is installation, operation and maintenance of the systems and their components.

The CPSwarm project aims to support developers in creating cyber-physical systems. Besides composition, this includes modeling the individual members, their behavior and functionality. Algorithms that control the behavior of the swarm must be selected, configured and tailored to the specific application at hand. And finally, tools are needed to deploy the functionality to the individual members of the swarm, to monitor their behavior and to install updates.

To support all these tasks, the CPSwarm project will create an Integrated Development Environment, the CPSwarm Workbench. Besides the scenario outlined above, CPSwarm will also focus on the monitoring of industrial production facilities, the deployment of drones and rovers in disaster control and on robot-supported warehouse logistics. In all these scenarios, CPSwarm will pay foremost attention to integrating humans, who are – and will remain – essential stakeholders in autonomous systems. System safety plays a pivotal role in keeping humans and the environment from harm and thus making sure that cyber-physical swarm systems are accepted and trusted elements in our societies.

Fraunhofer FIT acts as technical manager of the project and is responsible for requirements analysis and workbench architecture design. In addition, Fraunhofer FIT is involved in implementing and evaluating the different instances of the CPSwarm Workbench and in integrating the individual components. Fraunhofer FIT is also building the tools for comprehensive deployment of software and updates to CPS swarm systems in the field.

Instituto Superiore Mario Boella (ISMB), Torino, Italy, acts as project coordinator of CPSwarm, which is funded in the Horizon 2020 program. The project was launched in January 2017, with a term of three years. 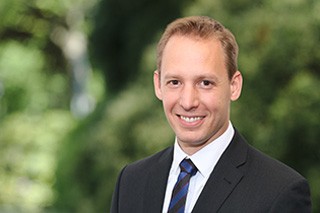