Extending the use of renewable energy by storing electricity

Using renewable energy is a vital element of climate protection. The German government aims to reduce German CO2 emissions by at least 40 percent by 2020. Photovoltaic systems are an important factor here. However, the proliferation of photovoltaic systems poses a major challenge to the stability of the power grid.

The problems are well known: Whenever a private photovoltaic system produces more current than the household consumes at the same time, electricity must be fed into the grid, as it cannot be stored in the house. However, our grids are not built to cope with that situation. The distribution system operators cannot control the resulting power fluctuations in their grid. Presently, they react by shutting the grid off from home-generated electricity. In the long run, however, they will want to avoid this in order to more fully exploit the potential of renewable energies.

The European Storage4Grid project is based on the expectation that power storage systems will be available both in the homes and on the grid. This could facilitate managing a grid with a large number of distributed power sources, and the share of electricity from renewable energy could rise without causing problems. Besides electricity storage, the project will study additional proposals like sharing electricity among neighbors and utilization of electric vehicles as loading buffers, which would also make widespread use of electric vehicles more realistic.

Fraunhofer FIT's main contribution to the Storage4Grid project is in implementation and support of the scenarios and in the development of a simulation software. The simulation will again be carried out on the Danish island Fur. Here we developed, in the European GreenCom project, a Smart Energy Monitoring and Control System for regional grids. Its test environment, comprising 29 households, integrated heat pumps, photovoltaic systems, batteries and smart-home installations. The Storage4Grid project adds two simulation locations: Universitatea Politehnica din Bucuresti (Technical University Bucharest) and EDYNA srl, a distribution system operator in Bolzano, Italy, which also provides an electric mobility service with a large fleet of electric vehicles.

Storage4Grid is funded by the European Union in a Research and Innovation Action framework. Besides Fraunhofer FIT, it involves partners from Romania, Italy, Portugal and Denmark. 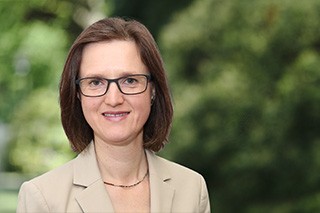