Access to communication networks is essential today for people, companies and regions – the services enable an often substantial improvement to life and work. While the connectivity brings important improvements, lacking this access on the other hand not only means missing out on these advantages. For the unconnected it also means falling further behind. A process that is described as the "Digital Divide". We aim at developing technologies and solutions, which will despite restricted resources, allow to cover the broadband needs of today and tomorrow, in industrial and urban as well as in rural and developing regions.

Especially regions that are less likely to be covered adequately today are in our focus. This is the case where huge distances, low population density, a lack of infrastructure and skilled labor among others often don’t allow connecting a region at reasonable cost or with the profitability needs of the private sector today. We develop solutions. Specifically with "WiBACK" (Wireless Backhaul) a technology has been created, that addresses these challenges and provides an option to close the digital gap between urban and rural regions. Efficiency, flexibility and reliability is what characterizes our technologies. The ability to provide the necessary bandwidths and service level at the same time are a sine qua non.

Regions with extensive infrastructure are also in need. The ever increasing demand for bandwidth requires more than ever to look precisely on how to maximize use of existing infrastructure, where extending the networks is complex and expensive. We look to the optimization and integration of existing technologies. Allowing effective efficient use of the available resources, correspondent to the specific demand will allow to reach an optimal service level for the applications of today and tomorrow.

When existing technologies and business concepts are not able to provide the needed connectivity new solutions are needed. The many white spots existing in the world, an increasing digital gap and the missed chance to improve the quality of life in many areas, especially rural regions, are good proof of this need.

The lack of an adequate solution struck a team of Fraunhofer FIT that was appointed with the task to connect a rural hospital in Zambia, which led to the development of WiBACK. None of the big telecommunications companies was providing the needed access (lack of profitability) and existing options to create the connection in a small project were not as economically and technologically sustainable as needed.

The specific situation that such a technology must address is

WiBACK was therefore developed as a directed radio technology, which spans a network from point to point over long distances (20 km between two points) with minimal need for infrastructure and minimal need for energy. Such a network can connect Hospitals, Schools, Businesses Government Offices and simply, the people.

The basic concept of radio relay networks is not new. It has been around for decades, but available options have inherited some disadvantages, which didn’t allow using them in the situation in Zambia and many other places that remain unconnected.

WiBACK addresses the need as expressed above and goes further than other directed radio technologies. A keypoint is the automanagement. It allows for a reliable, high quality and especially cost efficient service, even in regions where technical experts are not or barely available. A reason that seting up and operating these networks is too expensive. And a reason these cannot be run sustainably, but fall into disrepair.

Such a system instead opens running such a network to those in need and willing to connect an area. It strongly reduces the dependency on the big telecommunications operators.

Details in regards to the system and its hardware (which is kept simple as well) can be found below.

Taking a closer look at the hardware, different types of components can be identified:

The WiBACK Controller is located at the interface between a WiBACK wireless mesh and a fixed network infrastructure. Most of the network logic is implemented in this node, including monitoring and network management functions. Conceptually multiple Controllers can be connected to a network, in order to reduce the risk associated with a single point of failure.

The Controller manages traffic paths inside the WiBACK mesh, and ensures that links with an associated service quality will never be overloaded. In particular, links for voice traffic will always run at very low latency and close-to-zero packet loss.

The WiBACK repeater is a wireless node with two radio interfaces. It is typically located outdoor and can be run on solar energy. While each repeater can bridge a distance of 22 / 60 km (tested / expected), multiple repeaters can be concatenated to bridge much larger distances. Since each repeater introduces a transmission delay of 1-2 ms, ten repeaters can be used to span distances of several hundred km.

WiBACK repeaters can be clustered (via their Ethernet interface) to build a wireless router, an intersection inside a large wireless network. This allows the implementation of fully meshed wide-area wireless networks, with redundant physical links between endpoints. An advantage of the clustering concept is that the modem hardware can be located close to the antenna, thus keeping antenna cables short.

Conceptually, all radio nodes can operate with different radio technologies. While IEEE 802.11 (WiFi) provides the cheapest chipsets, other technologies such as WiMAX are supported as well. The modular WiBACK concept makes it easy to support additional, even future radio technologies at low effort. A wireless repeater may use different frequencies – and even different technologies – on each interface.

While the hardware consists of selected and energy-efficient commercial off-the-shelf components, the software defines the heart of WiBACK. Its key components are:

MPLS-based traffic forwarding, as it is also used in traditional telecom operator networks, provides virtual tunnels to separate traffic of different traffic classes. Each data packet is associated with an MPLS label, which in turn is associated with a specific traffic class. Even when forwarded between the same radio nodes on the same radio links, a voice packet will experience a different handling than a data packet, and typically be forwarded first. Sophisticated traffic-engineering concepts ensure high network performance, efficient usage of available resources, and provisioning of guaranteed quality of service at the same time.

The use of MPLS also results in reduced demand on the hardware in terms of computing power, thus lower CAPEX and faster message forwarding. Transparent Layer2 forwarding, incl. support for IEEE802.1q VLAN trunking, ensures compatibility with higher-layer protocol such as IPv4 and IPv6. To that end, segments of a WIBACK network form QoS-aware link-local broadcast domains.

IEEE 802.21, an international standard originally developed for inter-technology handovers, was extended by Fraunhofer to support an extended set of control functions. This extension is used to manage the MPLS paths across the network, and to collect and provide network monitoring information. Its technology-independent nature allows WiBACK to integrate any type of radio network technology, provided that an appropriate control interface has been made available. A central component, the Interface Management Function (IMF) provides a uniform and technology agnostic interface to higher layers. MAC adapters located logically below the IMF are responsible for mapping a set of generic primitives onto technology specific features and mechanisms. The higher layer modules on top of the IMF provide functionalities of traditional routing protocols and beyond, such as topology discovery, radio planning, channel assignment, route computation, or monitoring.

The control plane is based on a centralized management approach, where so-called Master nodes manage a set of Slave nodes in their administrative area. Dedicated management entities maintain the resource allocation and forwarding state of their network areas. Multiple Master nodes might be operational within each administrative area in a primary/backup configuration. Contrary to the rather distributed routing protocols such as Open Shortest Path First (OSPF) or Optimized Link State Routing (OLSR), the centralized approach offers the opportunity to perform network wide optimizations when allocating radio resources or when assigning the overall network capacity to best match payload demands.

Automatic topology management, provided by the Topology Management Function (TMF) automatically discovers neighboring nodes, sets up control paths between each node and a Master node, reacts on new nodes as well as node failures, and provides mechanisms for fast re-routing if necessary. The WiBACK Controller uses TMF information to assign radio channels (frequencies) or to select optimal end-to-end paths based on selectable criteria or policies. Monitoring information such as signal quality, link errors or end-to-end QoS violations determine may trigger actions of the self-healing process.

TMF implements a ring-based approach where a Master node first brings up its own radio interfaces and determines the optimal radio configuration. This is computed based on the capabilities of the radio interfaces and the ambient spectrum usage assessed by passive channel utilization analysis. Additionally, TMF may coordinate with external spectrum allocation databases (i.e. TVWS). Once this process is complete, the Master starts sending WiBACK beacons to all its active interfaces to inform adjacent Slave nodes about its availability.

Slave nodes determine their configuration during the bootstrap phase and then switch into a passive beacon scan mode in which they periodically scan all administratively permitted channels for WiBACK beacons sent by a Master node or already associated Slave nodes. Once they detect WiBACK beacons they will attempt to associate with the sending node. If multiple WiBACK beacons have been detected, they will be sorted and associations will be attempted starting with the highest rated sender.

An automated Link Calibration is performed for each newly activated link with the goal to determine, for example, the proper range, modulation and coding (MCS) as well as TxPower settings for each link. Based on this information, the resulting logical link properties, such as capacity and latency are estimated. Those properties serve as the basis of the RMFs constraint-based path computation. In the WiBACK cross-layer design, the TMF may specify the maximum TxPower allowed on a given link, while the respective technology is free to optimally adjust itself to the present channel conditions within the limits set forth by the TMF (i.e. TxPower, MCS, MAC timings).

Logical Resource (i.e. capacity) management is provided by the Resource Management Function (RMF) to ensure that the capacity of a link is never exceeded. Based on configurable policies RMF may adjust its resource allocations to best match end-user demands. Upon association of a new Slave, the TMF re-computes the optimal channel configuration for all available physical radio links in the WiBACK network and may trigger network reorganizations with the goal to optimize the overall network performance (i.e. capacity or latency).

WiBACK maintains extensive network monitoring statistics of its nodes, links and MPLS LSPs, so-called Pipes. This information is continuously examined by the self-management modules to detect possible network problems such as link errors or end-to-end QoS violations. Statistics on the monitoring data are maintained by the Statistics Functions (SF). A Web Interface provides access to this information for administrators. Passive monitoring is used where possible to keep the load caused by monitoring/probing frames at a minimum. 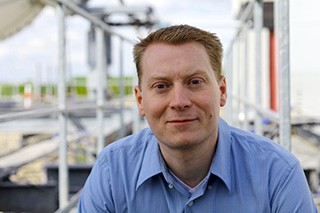