In the European SEAM4US project Fraunhofer FIT is developing an energy management system for subway stations. Simulations show that, by integrating new measuring devices and sensor-actuator networks in the stations' subsystems, it will be possible to reduce their electricity consumption by up to 21 percent.

As well as being the backbone of urban public transport systems, subways are also major electricity consumers. For example, the underground train network in Barcelona consumes around 63.1 million kWh a year. A third of the total amount is used to operate subsystems in the subway stations, such as air conditioning, escalators, elevators, and lighting. Thus, reducing their power consumption by just a few percent would save an impressive amount of electricity.

The goal of the European SEAM4US project is therefore to develop sustainable energy management technologies that will reduce the electricity consumption of subway stations. The solution involves integrating additional measuring devices and sensor-actuator networks into the station's subsystems. Fraunhofer FIT contributes the middleware to network the various devices and to capture the data needed to operate the stations in energy-saving mode. Fraunhofer FIT is coordinating the system development activities in the project and is responsible for integrating the different technologies into the SEAM4US platform.

The SEAM4US system was installed and tested in the "Passeig de Gràcia" subway station in Barcelona, one of the busiest stations in the Catalan capital. Before the installation we simulated a range of power-saving strategies. A long-term simulation showed that it would be possible to save some 13 percent without any loss of convenience for the passengers. Slightly lowering passenger comfort, e.g. by moderately dimming the lighting, would reduce electricity consumption by over 20 percent. Looking at the entire subway network in Barcelona, a 20 percent reduction is equivalent to the electricity consumption of some 2,900 households. 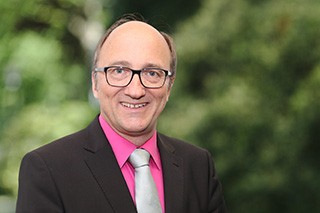