The IPerG project investigates the design of pervasive games as well as concepts for their marketing and commercial exploitation. It builds IT platforms for pervasive gaming and tools to create and evaluate such games. Using the jointly developed platforms and methodology, the project will showcase different genres of games.

Networked mobile computers, such as notebooks, PDAs or smartphones, provide a platform for so called pervasive games with novel and exciting characteristics: They do no longer tie the gamer to the screen of a desktop machine. Players and observers may be allowed to join a game anytime, anywhere, using a broad range of devices. Games may use IT to restrict or augment the players' ability to communicate in a real-world environment, they may even make the players move around in a mixed reality setting, involving its real elements as well as virtual objects in the game.

Crossmedia denotes an emergent genre of pervasive games that let players use different platforms – smartphones, TV sets, notebooks or Augmented Reality environments – to play with or against others in the same game or simply to watch the game.

The first version of Epidemic Menace, a crossmedia game created in the IPerG project, was played in August 2005 in the park of Schloss Birlinghoven. In the game, two teams of four players each compete in eliminating virtual viruses released into the wild by a fictitious scientist-turned-villain.

Some players in each team act as mobile field agents, trying to spot and destroy the viruses in the park. They collaborate closely with their indoor team-mates, using a WLAN-based voice channel and text messages to communicate.

While the indoor players act as a mission control center, working with desktop computers and large displays, the virus hunters outdoors can choose from several mobile technologies that help them in locating and capturing the viruses:

The Epidemic Menace mission control center can use several views of the current state of the game to guide their virus-hunting team mates.

Beyond being a technology testbed, Epidemic Menace convincingly demonstrates the feasibility of pervasive crossmedia games, combining both collaboration and competition, self-organized teamwork and the effective integration of advanced technology that allows players to join the game using different media and devices, and to experience the amalgamation of the virtual game world with their real environment, enjoying novel game experiences beyond traditional video and console games.

To let a larger group of people share that experience, we investigated ways of using interactive TV to involve spectators in the second version of Epidemic Menace that was played in summer of 2006.

Tools for creating, orchestrating and analyzing pervasive games are a major focus of FIT's involvement in the IPerG project. Another research focus is on user interfaces for pervasive games. The technologies, which are based in part on BSCW, our cooperative knowledge management system, and on MORGAN, the Augmented Reality / Virtual Reality framework developed at Fraunhofer FIT, are being tested and evaluated in the games created in the four showcases of the IPerG project.

IPerG was funded in part through the European IST program. 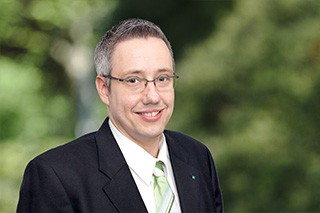