The Big Kick to Johannesburg 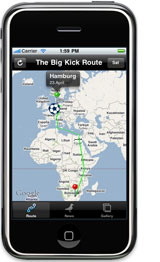 "The Big Kick to Johannesburg" was a charity project similar in spirit to the Olympic torch relay. Around 2,000 HMI entrepreneurs dribbled a football from Hamburg, Germany to Johannesburg, South Africa – an endeavor which took participants beyond the limits of their ambitions.

The HMI ball was slated to arrive in Johannesburg on 10 June 2010, just one day before the 2010 Soccer World Cup kicked off. This 1,000 hours ordeal involved almost a dozen countries on two continents. The initiative aimed at raising money for an African project administered by the German non-profit organization "Ein Herz für Kinder".

A iPhone App developed by Fraunhofer FIT and ITERGO Informationstechnologie GmbH allowed to be part of the action right from the convenience of the own screen. 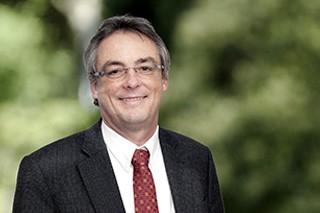