Raman Spectroscopy allows for marker-free and non-destructive analysis of fluids and solids1. The method generates spectral data, which constitute a fingerprint of the molecular structure of the analyte. Thus, Raman Spectroscopy represents a powerful analysis and quality control tool, especially in the Life Sciences.

The following outlines a selection of Raman Spectroscopy applications realized within Fraunhofer FIT.

A limiting factor for analyte detection with Raman Spectroscopy is the low efficiency of the Raman Effect (RE) compared to the in Life Sciences frequently employed method of Fluorescence Spectroscopy. Surface Enhanced Raman Spectroscopy (SERS) can overcome this limitation. SERS greatly enhances the RE through the introduction of structured, metallic surfaces as analyte substrates.

The group developed a SERS substrate constructed from hexagonal monolayers of silicon nanospheres covered with thin metal layers to achieve enhancement of the RE. Aforementioned SERS substrates present a homogenous surface and thus uniform distribution of RE enhancement. Alteration of the size of the SERS active area and the composition of the substrate in terms of nanosphere size and metal layer thickness may readily be achieved. In this way, SERS substrates can be tailored to specific applications and systems.

The pollution of oceans and other bodies of water with plastics has become a huge burden receiving increasing attention in the public eye, politics and the scientific community2. Particularly the incorporation of Microplastic particles (plastic particles no larger than 5 mm) into foods, drinking water and other commonplace items causes immense concern. Where particles of sizes in the micrometer range and lower represent an elevated threat, because they can accumulate within cellular structures in the human body.

Detection and analysis of Microplastic is generally done through accumulation in filtration systems with a combination of image-based quantification and Raman or IR Spectroscopy based classification3.

Employing Raman Spectroscopy for simultaneous quantitative and qualitative analysis seemed a natural advancement. Therefore, the possibility to utilize the method in such a way was shown for particle dilutions in a high concentration range. Furthermore, analysis of minute concentrations of Microplastic particles was realized by adapting the commonly known method of Fluorescence Correlation Spectroscopy (FCS). To that effect, Microplastic was detected in a fluid stream. The Raman CS (RCS) allows for detection of Microplastic particles, classification and determination of concentration and size.

Quality Control in the Pharmaceutical Industry

In this regard, Raman spectroscopy allows for rapid, non-destructive and marker-free measurements in an online setup. Furthermore, most APIs exhibit strong Raman scattering due to their molecular structure, whereas excipients exhibit much weaker Raman scattering. These properties predestine Raman Spectroscopy as a quality control tool for precious pharmaceutical compounds.

2 European Commission (2018) A European Strategy For Plastics In A Circular Economy. 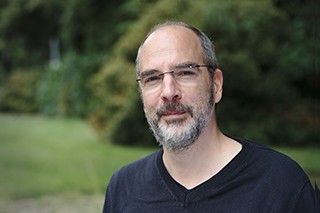